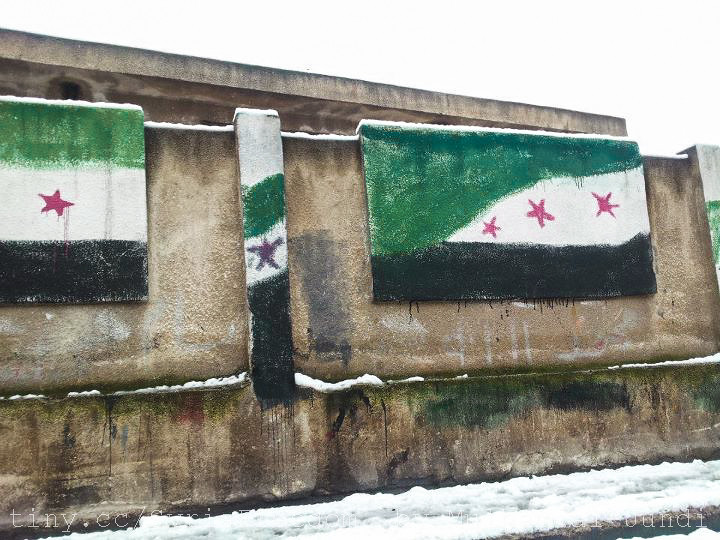 Discussing the history of Syria, and how the country has evolved would be an interesting topic of discussion, and would explain the tensions in the country, but would take many hours. Instead, we will make our beginning here…

The uprising erupted in March 2011 in the City of Deraa after the arrest and torture of teenagers who painted revolutionary slogans on a school wall (inspired by the Arab Spring). Security forces opened fire on demonstrators, killing several, and the unrest led to nationwide protests demanding President Assad’s resignation. By July 2011, hundreds of thousands of protesters were taking to the streets and the Government responded with military force. The Government bombarded the protesters with rockets and tanks for a month, after which time the rebels retreated. Fighting reached the Capital and second city, Damascus and Aleppo in 2012, and since then, the country has descended into civil war.

By August 2013, over 4 million people have been internally displaced in Syria, and over 2 million refugees, almost half of whom are children, have fled to neighbouring countries Lebanon, Jordan, Turkey and Iraq. On August 21st, footage showing victims of a suspected chemical weapons attack emerged, with over 300 dead, and over 3000 casualties. Most of the Western world believes that the Syrian government used chemical weapons on the rebels, however, Syria and its allies (Russia and Iran) have claimed that rebels used the weapons on their own people in order to encourage the West to strike Syria.

Last year, Obama had stated that if Assad used chemical weapons, the West would intervene. Unfortunately, Syria’s alliance with Russia and China means that any action would not have the official support of the UN Security Council. After the vote, in Parliament last week, it is clear that the UK will not play a part in any military intervention, so if America decides to act, they will do so without us (although France has stated that they will work together). The options though, all have their disadvantages, and any option will come with negative consequences. Western nations have already spoken against sending troops into Syria, so a ground-attack is not a possible option. Even if countries had considered it, the cost financially, and in terms of likely casualties is too high and would not gain support – rather it could lead to the nations involved becoming entrenched in a drawn-out civil war. A sustained bombing campaign would risk the lives of innocent civilians and would devastate the infrastructure- making future progress for the nation even more challenging. Limited air strikes to minimise the risk to civilians could allow Assad enough leeway to continue massacring his own people and would not ensure the destruction of his military powers. Whilst many have suggested a no fly-zone, the cost would be an estimated $1billion per month, and would not prevent Assad from attacking his people with tanks and his military. Taking no action would also results in the continued loss of civilian lives, and would allow Assad to continue to devastate the lives of the Syrian people. Regardless of what action is taken, the likelihood of in-fighting amongst the rebels if, and when, Assad is removed is extremely high. Currently, the rebels are united in their desire to remove Assad, but conditions are likely to be tense in the power-vacuum that would be created.

Sadly, there is no easy solution to the ongoing Humanitarian crisis in Syria – any option is likely to lead to further deaths, and there is always the risk of retaliation from Assad, who is being supplied with arms by allies Russia and Iran. Action by the West could also lead to a new generation of Jihadists, angry at Western intervention into matters of the Middle East. For the foreseeable future, the best option would be to hope that Syria agrees to hand over all its Chemical Weapons, as that would delay, potentially indefinitely, military action, and would reduce the weapons in Assad’s arsenal to be used against his own people.

What you should be considering…

It is crucial you do your research on this issue. Below is a choice selection of the best discussions and articles for you to read to really get your head around it:

The BBC gives a Syrian Profile & History and a fascinating summary of where key countries stand.

The Telegraph writes a comprehensive piece on the airstrikes and eight thing you need to know about what happens next.

The Times provides a recent piece about Syria and Chemical weapons.

…finally, The Onion writes a piece. Though this is intended as satire, it addresses serious issues.

Resham read Economics at Emmanuel College Cambridge and graduated in 2010.  All views and ideas represented in this blog are her own.

To freeze or not to freeze?

blog How to provide a school day from home

With the government shutdown of schools, many parents and guardians will be considering how they can best provide a school day from home for their children. Although the structure of such a day does not necessarily have to be the same as at school, ensuring that students have a consistent…