The Chancellor’s final Autumn Statement of this Parliament 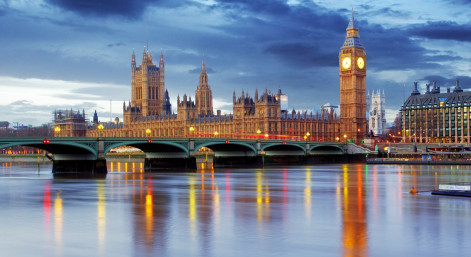 Note: this article was written and published in 2014. Content and opinions expressed herein are relevant to the time of publication.

Yesterday afternoon, the Chancellor delivered his final Autumn Statement of this Parliament. It was seen as a statement to benefit workers and families and was designed to undermine some of the Labour party’s economic plans – mainly the so called Mansion Tax. The Autumn Statement was seen as the Chancellor’s attempts to demonstrate that the Conservative Party were pro-business but not at the cost of normal people and that they expected the richest people and businesses in the UK to pay more to support the UK economy.

The policy change that received the most attention is the changes to Stamp Duty. Stamp duty is the tax that people pay when buying a home. It has been considered unfairly regressive as it used to be a percentage of the house price. However, Osborne announced measures that reform the system so that 98% of home buyers now have to pay less stamp duty. Buyers of property up to £937,000 will benefit. However, buyers of houses costing over £1 million will have to pay thousands more. This was seen as Osborne’s answer to Miliband’s proposed “Mansion Tax”.

The Chancellor took great pleasure in being able to announce that the UK is the fastest growing economy in the G7, unemployment continues to fall and that the deficit has halved since 2010. However, critics pointed out that the deficit is still higher than projected and borrowing is falling at a slower rate than hoped.

Osborne continued with his work to reward savers and pensioners by announcing new measures that would allow an increase in the amount people can save tax-free in their ISAs as well as new measures that allow spouses to inherit ISAs tax-free.

The Chancellor also announced measures that were very well received by workers – announcing an increase in the tax-free allowance to £10,600 and a rise in the higher rate tax threshold. People will also be pleased that Osborne announced a further 1 year freeze in fuel duty and from next year, Air fuel duty will be scrapped for under 12s (and scraped for under 16s from the year after), meaning a family of 4 could save £200 when flying to Australia.

Osborne also introduced measures to close some of the loopholes exploited by big banks and multi-national corporations – such as a 25% tax on profits generated by MNCs that are shifted out of the UK, which should raise £1billion over five years. Measures to address high-earners who claim non-domicile status to reduce their tax burden were also taken and the ability of banks to offset their losses against profits for tax purposes has been curtailed.

Banks were also used to fund the NHS – fines from banks will be used to fund an extra £2billion a year for the NHS over the next 5 years. In a bid to increase investment in infrastructure, a further £21 billion was announced in funding for roads between now and 2021.

In a move to address UKIP’s rising status, and people’s concerns regarding immigration for benefits, Osborne announced that migrants would lose their benefits if they had “no prospect” of work after six weeks. However, there was bad news for those on working age benefits as they will be frozen for a further two years.

Overall, the Autumn statement was very well received and is probably the Chancellor’s best yet. As his last statement before a tightly fought election, it showed that Osborne has come out fighting. It was a difficult task to try and address Labour and UKIP policies but the Chancellor showed he was well up to the task.