(Author’s note: For medical applicants, consider the ethical side of the below blog. Obesity is a common interview topic and with it comes the common interview question of “should the NHS and the taxpayer support the medical cost of those who choose to live unhealthily?”)

When chemists Richard Marshall and Earl Kooi started fiddling with cornstarch, the powder made from the dense insides of corn kernels, their intention was to turn glucose, which is easily produced from the starch, into fructose, which is sweeter. The idea wasn’t that far-fetched. The two sugar molecules are cousins, both made from the same atomic parts slightly rearranged. Marshall and Kooi discovered that the bacterium Aeromonas hydrophila produced an enzyme that could reconfigure the components of glucose. It was the first leap forward for a food industry dream: a mass-produced glucose-fructose-blend sweetener that would free commercial food manufacturers from the historical volatility of cane sugar crops.

The scientists announced their triumph in a short report in Science in 1957. There the discovery sat in quiet obscurity for almost two decades, until a worldwide spike in sugar prices sent manufacturers scrambling. By the end of the 1980s, high fructose corn syrup (HFCS) had replaced cane sugar in soft drinks, and it soon became popular among makers of baked goods, dairy products, sauces and other foods owing to its affordability and ease of transport in liquid form.

Few consumers seemed to care until 2004, when Barry Popkin, a nutrition scientist at the University of North Carolina at Chapel Hill, along with George Bray, at the Pennington Biomedical Research Center in Baton Rouge, La., published a commentary in the American Journal of Clinical Nutrition pointing out that the country’s obesity crisis appeared to rise in tandem with the embrace of high fructose corn syrup by food producers in the early 1970s.

Popkin’s paper was far from an indictment of hi 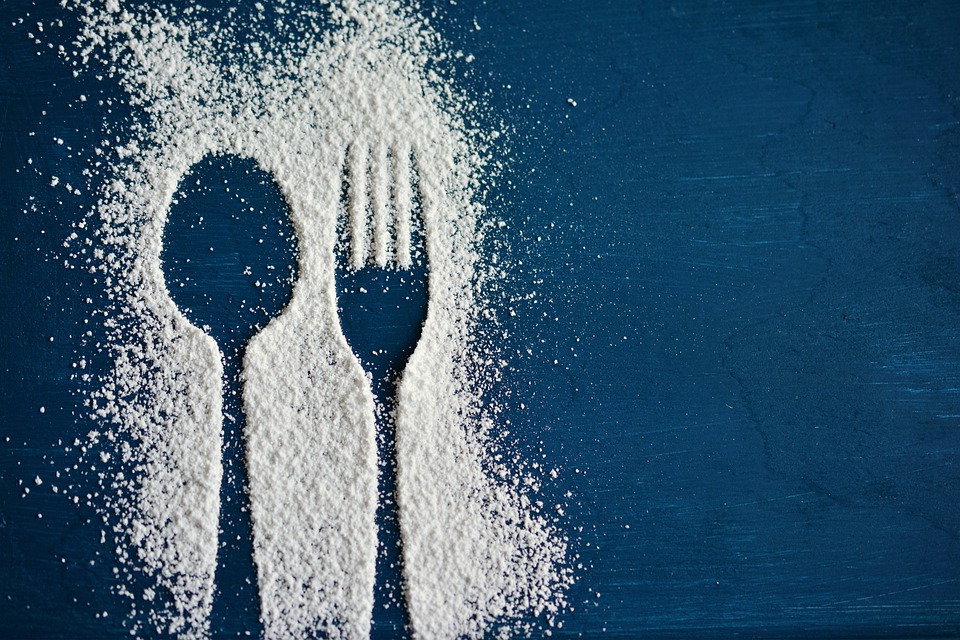 gh fructose corn syrup. It offered only the weakest kind of evidence — a provocative correlation and a graph showing an eerily similar upward trajectory for both obesity and the preference for high fructose corn syrup over sucrose, or table sugar. However, what he didn’t anticipate was the birth of blogging and how online media rapidly picked up on his findings, which catapulted his theory across the digital universe.

Much of what has emerged since then has kept bloggers well supplied and turned HFCS into a dietary bogeyman. Excessive fructose is cited as an accomplice in the twin epidemics of obesity and diabetes, and among the constellation of risk factors (including abdominal fat, high blood pressure and elevated triglycerides) that produce the dangerous condition known as metabolic syndrome.

Yet some caution that public opinion has gotten ahead of science and that fructose tunnel vision may distract us from the complex causes of the country’s obesity crisis. Having a corn-based bad guy in the crosshairs has been an advertising boon for the sugar industry, Popkin says. The phrase on food labels that says “made with natural sugar” is popularly interpreted as “healthier,” as is “no high fructose corn syrup.” In truth, the consumption of high fructose corn syrup has been falling since 2004. Yet obesity rates remain high.

Perhaps chief among the concerns over fructose are its effects on the liver, which is the first stop after sugar leaves the intestine. The liver either absorbs sugar or allows it to pass into the bloodstream to be turned into energy for the brain, muscles and other organs. But it matters what kind of sugar it is. Table sugar, or sucrose, is a bound dimer of glucose and fructose, which means the two sugar molecules are locked arm in arm until broken apart by the intestine. In high fructose corn syrup, fructose and glucose are not chemically bound. An enzyme called phosphofructokinase acts as a kind of thermostat to detect whether the liver needs fuel. If it doesn’t, glucose moves into the blood straightaway. However, fructose seeps into the liver whether or not the energy is needed and this effect has been linked to the promotion of fatty liver disease (especially in children and young adults) and raised levels of triglycerides (a factor in heart disease).

Furthermore, in 2009, Stanhope et al. reported in the Journal of Clinical Investigation that among volunteers who consumed beverages sweetened with either glucose or fructose, those who drank fructose experienced significantly higher accumulations of fat within the abdomen, even though both groups gained about the same amount of weight. Additionally, experiments using fMRI scans on healthy young adults has shown that fructose has a lesser effect on appetite than glucose.

But are we missing the BIG picture?

In February 2012, in the Annals of Internal Medicine, Sievenpiper et al. tallied 41 human feeding studies that examine whether fructose is more likely to lead to weight gain than other forms of carbohydrates. The result: When people eat the same number of calories of any carbohydrate, fructose did not seem to behave any different from other carbohydrates.

These studies also concur with the more general observation that high fructose corn syrup has been in decline now for 14 years, while obesity rates have continued to climb.

The focus on fructose has been scientifically beneficial, but there have been worries that one unintended consequence has been to make other sweeteners look good by comparison. Sucrose and high fructose corn syrup are both made of glucose and fructose. From a public health standpoint, it may be less important which half of the sugar is causing the problem, because the issue may lie with the large amounts of sugar involved.

Today many manufacturers are returning to natural sugar or fruit-juice concentrate, knowing that fructose-wary consumers are scrutinizing labels. But Vos wonders if this is truly public health progress. “If you replaced all of the high fructose corn syrup with cane sugar, would we be better off?” she asks. “No. We would be exactly in the same place.”

Why is thinking about your subject important?

March: Getting work experience for Medicine and Biological Sciences