Is The Promise Of Gene Therapy Soon To Be Realised? 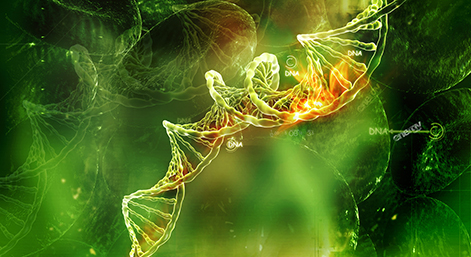 It’s a medical technology we hear a lot about but to date, gene therapy has yet to deliver the medical revolutions that it once promised. A recent study published in Science Translational Medicine has found that gene therapy was able to restore auditory function in deaf mice, signaling a possible step toward treating genetic human deafness. While an interesting study (and one that you should read about), I thought it would be good to revisit the basic principles of gene therapy and why this particular field of medicine is both incredibly exciting and at times, very risky.

The fundamentals of gene therapy

At its simplest, gene therapy is a form of medicine where genetic material (DNA or RNA) is used as a medicine. Classical gene therapy involves the introduction of functional genes, in the form of DNA, to replace mutated genes. This approach has been used to successfully treat a number of diseases including X-linked SCID, ADA-SCID, haemophilia B, lipoproteinlipase deficiency and Leber’s congenital amaurosis with intensive research on-going for other inherited diseases. More recently, scientists are looking at using gene technology to repair rather than replace mutated genes, silence overactive genes and to also provide our immune cells with the tools they need to recognise and kill cancer cells and infections.

So how is the therapeutic DNA or RNA introduced into the body? To answer this question, scientists turned to those masters of DNA and RNA dissemination – viruses. The whole life cycle of a virus depends on the successful infiltration of genetic material into a host cell, followed by its integration into the host cell’s genetic material where it is then transcribed and translated into functional proteins. A good gene therapy is one that will last. Ideally, an introduced gene will continue working for the rest of the patient’s life. For this to happen, the introduced gene must become a permanent part of the target cell’s genome, usually by integrating, or “stitching” itself, into the cell’s own DNA. However, viruses are often not very particular about where and how their introduced genetic material is inserted into the host genome.

Learning from past mistakes

Between 1999 and 2006, researchers tested a gene therapy treatment that would restore the function of a crucial gene, gamma c, in cells of the immune system. The treatment appeared very successful, restoring immune function to most of the children who received it. But later, five of the children developed leukemia, a blood cancer. Researchers found that the newly transferred gamma c gene had stitched itself into a gene that normally helps regulate the rate at which cells divide. As a result, the cells began to divide out of control, causing leukemia. Doctors treated four of the patients successfully with chemotherapy, but the fifth died.

Despite this study’s tragic outcome, since then studies (and their virus vectors!) have been more carefully studied and selected to allow gene delivery and insertion to be performed whilst minimizing the risk of malignancies and immune system responses. Through this diligent and careful research, the first gene therapy will soon launch in Germany, called Glybera.

How Did That Evolve?