(Note: this article was written and published in 2015. Information and opinions are relevant to the time of publication)

This June marks the 800th anniversary of the signing of the Magna Carta by King John in Runnymeade. It was a document that first introduced restrictions on the Sovereign’s power to prosecute, imprison and execute his subjects.  It has been heralded as the birth of human rights in the UK and was followed by the Habeus Corpus Acts, the Bill of Rights and the Claim of Right.

In 1998, in culmination of this British tradition for human rights, the Labour government introduced the Human Rights Act (HRA) – which put into UK Law the obligations contained in the European Convention of Human Rights. This piece of legislation meant that individuals could rely on UK Courts to enforce their rights, without having to go to the Strasbourg Court. If decisions were taken to the final court in Europe, Strasbourg could make ‘declarations of incompatibility’ – stating that UK legislation was inconsistent with the rights of the convention. It would then be up to UK parliament to correct any inconsistencies if they desired. In addition the UK Courts now have to interpret UK law ‘as far as possible’ so as to give effect to convention rights.

Recently the Conservative government published its manifesto commitments to repeal the HRA if re-elected. This blog article tries to highlight some of the pros and cons with repealing the HRA, it the hope that you can form your own opinion which you will be able to express and logically reason in an Oxbridge interview. Despite severe writer bias – hopefully you will be able to come to your own conclusions! 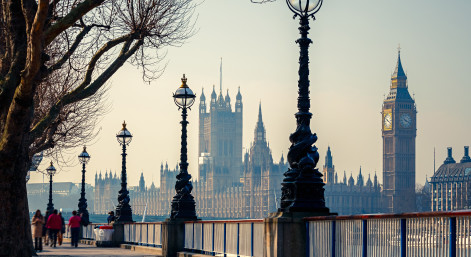 The HRA has dramatically shifted the power balance with respect to UK and its relationship with Europe. This is so much so the case that Parliamentary Sovereignty (the doctrine that UK Parliament has the last say in making the law), has been eroded. The HRA undermines the best traditions of British freedoms. British constitutional history is being written out as the Convention is enforced, and we must seek to protect our Parliament if we are not going to allow our constitution to become extinct.

It is crucial that the situation is clarified so that ‘rights come with responsibilities’. People should only be able to reply on the HRA if he or she is a functioning member of society. The HRA is currently being used as a charter for terrorists, criminals and foreigners to exploit the UK. Last year, over 300 prisoners – including murders – successfully avoided deportation by the Home Office after claiming that they have a right to ‘family life’ in Britain, under Article 8 of the HRA.

In dealing with terrorists, we had control orders and counter-terrorist measures that failed, because the Labour government had bound our Parliament under the terms of the HRA and the ECHR. The originally proposed Prevention of Terrorism Bill was overturned by the European Courts.

Furthermore, in recent cases the European Courts have highlighted that the blanket ban on prisoners’ voting is totally unacceptable – and in breach of convention rights.

In a similar vain, it has been decided that the sentencing of convicted criminals to spend life in prison without the chance of release – is against human rights. When put to a vote in the UK Parliament – such policy received almost unanimous support. 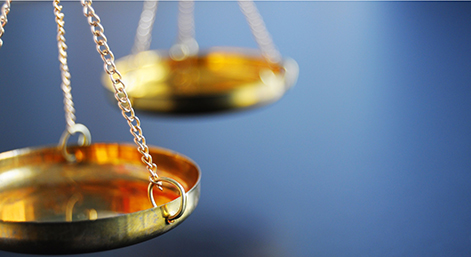 The HRA stands as a corner stone for civil liberties in the UK. It does not stand as a charter for terrorists to hide behind, in fact, its every day implications to ‘normal’ members of society is vast.

The actual effect of the HRA has been dramatically misrepresented in the media. It does not represent a ‘foreign’ court – that places UK citizens’ desires beneath that of Europeans. Since the HRA came into force, there have only been nineteen declarations of incompatibility. Out of these nineteen declarations, twelve were remedied by subsequent primary legislation; two were remedied by a remedial order under section 10 of the HRA; four related to provisions that had already been remedied by primary legislation by the time the declaration had been made; and one is currently under consideration by the government.

In reality, the vast majority of claims pursued by UK individuals in the ECtHR are struck out before they reach the courts. Figures from the ECtHR show that less than two per cent of UK claims to Strasbourg ultimately succeed.The UK was ruled against on only eight occasions in 2011.

Furthermore, the precise nature of human rights means that they should be protected by an external court (like the Strasbourg one). Rights are of course irritating to governments – it’s in their definition. We have to keep in mind that human rights are very often about protecting the rights of minorities. It cannot be left to a majority within a society to protect such rights. These rights cannot be subject to shifting political winds. If such was the case – politically unpopular groups of the past – such as ethnic minorities, homosexuals, transsexuals, and even women – would not have been granted rights by the ‘majority’ government – since it would have been political suicide.

The central tenet of human rights is that they are an expression of our common humanity – they are not necessarily linked to responsibilities. They exist for all human beings equally regardless of whether they are ‘deserving’. They cannot be contingent on the behaviour of the individuals concerned. The Conservative Party should thus be advised that rights cannot be made conditional upon the exercise of responsibilities.

Those on the side to repeal the HRA should bear in mind that the notion of good governance is to accept a limitation on their ability to rule. This limitation involves the protection of fundamental freedoms and civil liberties. Whether this protection is ensured by the UK courts, the ECtHR or international bodies, it cannot be overruled. For as the Magna Carta states:

No Freeman shall be taken or imprisoned, or be disseised of his Freehold, or Liberties, or free Customs, or be outlawed, or exiled, or any other wise destroyed; nor will We not pass upon him, nor condemn him, but by lawful judgment of his Peers, or by the Law of the Land. We will sell to no man, we will not deny or defer to any man either justice or Right.