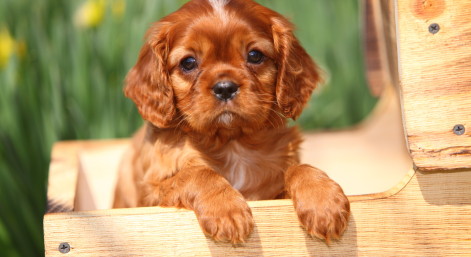 While sadly no pets are allowed to be kept by students at Oxbridge, many of you will have grown up with a loving pooch in your family homes. So what makes us love dogs, and they love us, so much? While dogs are an excellent example of selective breeding in action, this level of connection and companionship between two very different species is unusual. Indeed, the ancestor of Canis lupus familiaris is the wolf, an animal that once upon a time was likely viewed as a threat and competitor to our ancestors.

While we have long known that enjoyable human-dog interactions are integral to forming a bond, what has remained unclear is whether certain types of interactions have a greater impact on bond forming than others? Dogs are incredibly attentive to human faces and, in some cases, even specific facial expressions. This seemingly routine, benign behavior—your dog turning to gaze on your face as you do his or hers—could actually hold a very important piece of the puzzle in our relationship with dogs, as suggested in a recent study published in Science.

The new study, by Miho Nagasawa of Azabu University in Japan and colleagues, builds on Nagasawa’s previous work that found owners and dogs sharing a long mutual gaze had higher levels of oxytocin in their urine than owners of dogs giving a shorter gaze. (Oxytocin, a humble peptide of nine amino acids that is sometimes called the “cuddle hormone” has been implicated in social bonding and is instrumental to the cascade of hormonal changes leading up to and following birth.) Nagasawa and her colleagues concluded that their finding was “a manifestation of attachment behavior.” By describing it in this context, the researchers compared the gaze to that of one between parent and (human!) child.

Nagasawa’s newest study examines whether a dog’s gazing behavior had an impact, not just the owner’s oxytocin concentrations, but the dog’s as well. In the first experiment, the researchers collected urine from 30 dog-and-owner pairs before and after a 30-minute interaction. As in the earlier study, owners whose dogs showed the most gazing behavior had a notable increase in oxytocin concentration. But this time the researchers also found a similar increase in the neurochemical in the dogs.

To determine whether a causal relationship could be observed between mutual gaze and the release of oxytocin a follow-up experiment was performed. Another set of 30 dogs was given an intranasal spray of either oxytocin or saline prior to interacting with people. Female dogs that were given the intranasal oxytocin gazed longer at their owners than when given saline. As expected, this gazing also stimulated oxytocin secretion in the owner recipients of the gaze. The mutual effects were not seen between dogs and unfamiliar humans—and for reasons that require further investigation, they were not seen in male dogs and their owners. Can you think of any reasons why this might be? A nice video summary of these experiments can be found on the Telegraph’s website.

A story emerges—and probably one that will make dog lovers smile. Mutual gaze between dogs and the people who care for them produces a very similar physiological profile to what’s observed between mothers and infants. This overlap could both contribute to and facilitate our intense and deep-seated relationship with dogs. The importance of these bond forming mechanisms would have critical as wolves were domesticated by humans.

Some medical ethics to kick-off the New Year!