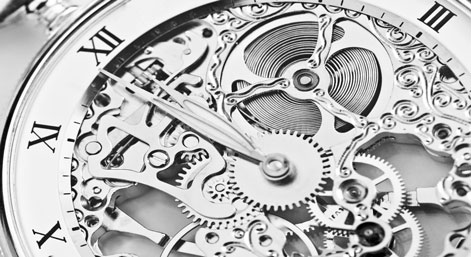 Arts Blog, as its dedicated disciples will have no doubt surmised, is a blog of action. It doesn’t do self-pity.  Like Dwayne ‘The Rock’ Johnson, Kiefer Sutherland (in character as Jack Bauer), or that bloke with the digitally enhanced six-pack who shouts a lot in 300, Arts Blog drives its troop of Oxbridge applicants remorselessly forward, in a bloody-minded bid for academic success.  The past is no place for Arts Blog.  Rather than looking back, it powers forward. Rather than dwelling on ‘What if?’, it asks itself, ‘What now?’.  Arts Blog has no time to admire the view, because it has to conquer the next mountain.  It’s name is Arts Blog, commander of the Armies of Historians, General of the Legions of Philosophers, loyal servant to the admissions tutor, father to a murdered son, husband to a murdered wife, AND IT WILL HAVE IT’S A-LEVELS IN THIS WORLD OR THE NEXT.

That said, Arts Blog has been wandering around in a daze for the past month, rending its clothing, shouting ‘Why?!’ at the clouds, and periodically bursting into tears on street corners.  (Arts Blog has also spent hours on end sat on its sofa, surrounded by an ever-increasing pile of take-out boxes and beer cans, but this is nothing unusual).  Out of character though all of this is, Arts Blog is bereft.  It is lost.  It knows not which way to turn.  It is continually watching that scene in Marley and Me where the dog dies, with Someone Like You by Adele on repeat in the background.  In short, Arts Blog is feeling pretty down in the dumps.  Those members of Arts Blog’s legion readership with a psychoanalytical bent (and Arts Blog hopes there aren’t too many of those – they should really be reading Science Blog instead) will already, in true Cumberbatch fashion, have deduced the reason for Arts Blog’s gloom. Yes, Arts Blog is feeling pretty down in the dumps because last month was Personal Statement Month – the month everyone, Arts Blog included, was looking forward to with anticipation and glee – and now Arts Blog has to follow it with something equally as adrenaline-fuelled, or forever be consigned to the rank of the D-list blogger, desperate to capitalise on its past glory.  In other words, this is Arts Blog’s difficult second series – and it feels a little bit like Matt Le Blanc turning up for the first day on Joey having wrapped on Friends. The future isn’t bright.

Myriad pop-culture references complete (Arts Blog counted 10: it’s almost as if there was some kind of bet involved), how to embark on this challenging mission?  Arts Blog has decided that the only way forward is to write about something exciting: something to get the pulses racing and the hairs on the back of the neck standing to attention, something that catches its dear readers’ breath in their collective throats and has them walking into lampposts because they can’t tear their eyes from the page, something so thrilling that Warner Bros. will snap up the rights and tout it as the next Bourne trilogy (that’s 11 – nearly there).  Yes, readers: Arts Blog is going to talk about Time Managment.

On that bombshell (and accompanied by the sound of Warner Bros. producers putting down their pencils and calling Matt Damon’s agent to cancel), Arts Blog wants to make a very important point: time management, over the next four months, is going to be crucial.  Without wanting to heap on the pressure, the next 10 or so months of your life are going to involve quite a lot of hard work.  Provided AS Level results tick all the requisite boxes and the Oxbridge application is all-systems-go, you will find yourself spinning quite a few plates at the same time, like a panicked waiter in an overcrowded restaurant, with the menu looking something like this:

Starter:  A thick A-Level soup, with at least three (possibly four or five – season to taste) ingredients thrown in, requiring a decent amount of early attention to line the stomach in anticipation for the main. 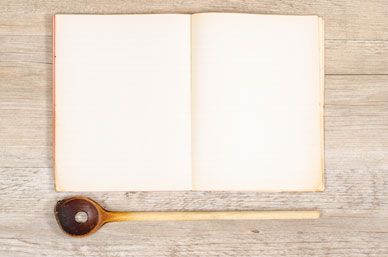 Main Course:  A hefty fillet of Oxbridge Interview, requiring a slug or two of preparatory wine to steel the nerves, and accompanied by side-dishes of extra-curricular reading and optional Admissions Tests.

Dessert: On a similar theme to the starter, the A Level cake will hopefully have the sweet taste of Oxbridge success, but with a harsh, reality-inducing kick of some Required Grade berries on the side.

If, after all that, everything has fallen into place come August next year, send back the cake to receive a cherry on top.

Culinary metaphors aside (and Arts Blog reckons this was probably its best stab at a metaphor to date), the thrust of the message here is hopefully clear: it will be an organised mind, as well as an intelligent one, that manages to jump all these hurdles.  You will find it extremely challenging to stumble through all of this without an ordered plan of action, and this is often the reason why some indubitably deserving students don’t get the university place their efforts merit.  How, then, to draw up such a plan?

1. Give Yourself a Timetable

The first few months will almost certainly be the busiest: you will have to focus on the important foundation work for your A Levels, whilst fitting in Oxbridge preparation (building in intensity) up until December, so Arts Blog strongly advises that you make yourself a timetable and STICK TO IT.   Work this sensibly around your school timetable, finding space for both school and extra-curricular work, and using your weekends efficiently.  Efficiency means giving yourself breaks as well as pushing yourself: it is a marathon, not a sprint.  You may have to make some sacrifices: perhaps you can give table-tennis club a miss for this term? Find ways to create space and make your weekly timetable manageable and fun. 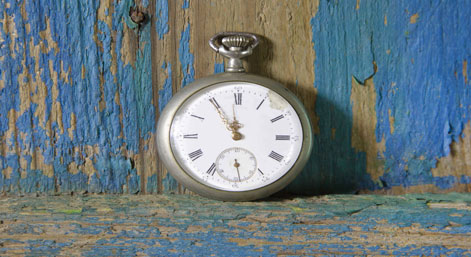 It is easy, especially with Arts-based subjects, to fall into the trap of thinking, ‘I don’t feel like reading/working now, so I’ll leave it until I do’.  The idea being that, by waiting for inspiration to strike, you will therefore ensure that you work efficiently and are excited by what you do.  Such an idea is an illusion: inspiration is triggered by the work itself, not by waiting in anticipation of working.  If you timetable yourself two hours of Oxbridge prep on Wednesday evening, and it comes to Wednesday evening and you don’t feel like it, then sit down and do it anyway.  Within 10 minutes you will feel interested and inspired again.  Salman Rushdie talks of treating his writing like a 9-5 job, and you should do the same.  Discipline breeds inspiration: it doesn’t just appear from nowhere.

3. Play to the Whistle

With so many hurdles to jump, plates to spin and boxes to tick, discipline will also be important in you long-term psychological approach to the next few months.  A successful Admissions Test doesn’t mean a successful application until you’ve been offered a place after interview, and that offer doesn’t mean a guarantee of a place until you’ve completed your exams. So don’t allow yourself to switch off after each achievement. Every success that you (deservedly) accomplish is the starting block to the next race, not the finish line to this one.

So there you have it.  It’s a wrap on Arts Blog’s difficult second series, and with 12 pop-culture references smuggled almost imperceptibly into the body of the text (Arts Blog is counting ‘on that bombshell’ as a legitimate Alan Partridge reference), Arts Blog is off to collect 20 quid and a pint off its mate Dave.

The Oxford and Cambridge Boat Race, 2011