What does the future of tech hold for human health? 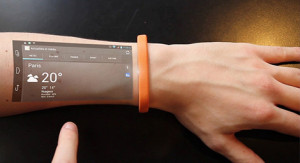 seems like many of the greatest innovations that our generation will be remembered for will be ones associated with tech; mobile techs, apps, blockchain and more. However, many of these technological advances have begun to shift over to the world of medicine and one area of great promise is wearable tech. As more and more devices are further miniaturised, medical devices that used to be large and bulky have been massively shrunk and are of the size that they can be incorporated into clothing or other personal property.

One recent example comes from the US where scientists are developing wearable sensors to speed up the recovery of stroke patients. The sensors are able to send information to doctors continuously. The team developing the system says it could allow therapists to more closely monitor the effectiveness of their care. Details of the study were released at the recent annual meeting of the American Association for the Advancement of Science in Texas. For patients who have had strokes, the aftermath of this means they often cannot move or speak or swallow for several weeks (or longer). It is believed that these wearable sensors might speed patient’s recovery. They look like small white sticking plasters, but they send information wirelessly to a patient’s medical team. This technology allows sensors to be put on the body to assess which muscle groups work or not can really pinpoint the areas affected by the stroke and can target therapies to specifically improve those issues. The sensors continue to send back readings even before, during and even after a patient has finished doing exercises. This means that therapists and doctors can monitor a patient’s progress and activity levels when they are back at home and away from medical supervision. The challenge for the scientists was to pack a lot of electronics on to a small flexible material and still make it comfortable for the patient to wear for a long time.

Further advances have included the ever increasing integration of health related apps into mobile devices. Apple recently took the step to update its OS system to allow integration of patient’s medical records, essentially allowing patients to keep their whole medical history in their pocket. This should enable physicians to more rapidly review patient’s medical history, especially when compared to reviewing reams of paper notes or when a patient moves to a new doctor. However, there has also been significant concern over privacy issues – should a phone be lost or accessed by someone else, they may now have access to someone else’s personal medical history. Furthermore, there is the risk that Apple or other unscrupulous apps installed on the device may access that data without authorization and use or sell it.

As with the launch of any new technology, there are multiple new and exciting potential benefits but one must always consider the foreseen (and unforeseen) risks that may accompany their launch.

The (Daily) Circle of Life – Cyanobacteria in the Pacific NorthEast

Networking your way to great work experience & the career you want