How human are you? 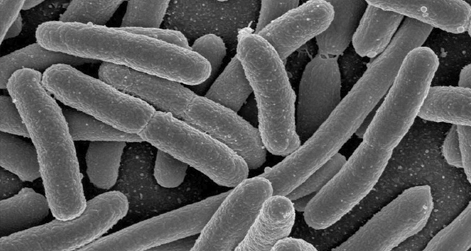 core subject in Biology, and a favourite discussion topic for Oxbridge interviewers, is exploring the differences between eukaryotic and prokaryotic cells. Just by reading those words, many of your minds are probably already triggered into listing the key differences you memorised for your exams; difference in cell wall types, different sized ribosomes and so on. What is more interesting, and still very much a hot topic of debate, is what exactly is the interplay between the two kingdoms and cells and what is their impact, particularly in the human body?

The BBC recently reported on new research updating our assessment of the ratio of human to non-human cells in our body. According to this most recent research, human cells make up only 43% of the body’s total cell count. The rest are microscopic colonists. No matter how well you wash, what you eat, or what you do for a living, nearly every nook and cranny of your body is covered in microscopic creatures. This includes bacteria, viruses, fungi and archaea (organisms originally misclassified as bacteria) and the greatest concentration of this microscopic life is in the dark murky depths of our oxygen-deprived bowels. However, simply counting all the individual cells and determining the ratio of human to non-human cells is only one way of looking at the relative contributions of the different cells, and one might argue that from a scientific perspective, it’s a relatively limited one. Indeed, if we were to look at the number of genes contained by human versus non-human cells, one would realise that genetically we’re even more outgunned! The human genome – the full set of genetic instructions for a human being – is made up of around 20,000 genes. However, if we add all the genes in our microbiome together and the figure comes out between two and 20 million microbial genes.

As such, it would be a fair assessment to consider that what makes us human could be the sum of contributions from the combination of our own DNA, plus the DNA of our gut microbes. It would be naive to think we carry around so much microbial material without it interacting or having any effect on our bodies at all. A significant amount of recent scientific effort has focused on uncovering the role the microbiome plays in digestion, regulating the immune system, protecting against disease and manufacturing vital vitamins. Within the world of pharmaceuticals, there is a new interest in understanding how a patient’s gut microbiome may impact or influence their ability to absorb and process ingested medications. Further intriguing results have shown that differences in the gut microbiome of identical twins can result in different levels of weight gain even when fed identical diets, suggesting that we may be able to lay (some!) of the blame for our expanding waistlines on our resident gut bacteria!

Tackling The Dreaded Question – ‘Why Law’?

blog Reapplying to Oxford or Cambridge: Your Questions Answered

Students by now will have heard about their interview results from both Oxford and Cambridge. For some it will have been good news, but for others there may have been disappointment. Even if the result is not what you wanted, it’s important to remember that the final decision doesn’t take…

blog How to study at Oxford or Cambridge: tips for international applicants

Applying to Oxbridge is a daunting task no matter what. Your academic achievements, performance at interview and score in the admissions test must be outstanding in order to stand out from hundreds, even thousands, of other talented applicants.  The application process can be even more daunting for international applicants, who…

blog What does it mean if I’m allocated to another college?

What does it mean if Oxford or Cambridge allocate me to another college? About 1 in 5 successful applicants to Oxford and Cambridge end up at a college they didn’t apply to. There are four different points in the application process where you can be reallocated to a different college.…

blog Thinking of Reapplying to Oxbridge?

It’s not the news you’ve been hoping for. What next? At this point there are two ways forward: accept one of your other offers, or reapply to Oxbridge in the next cycle. This is a big decision, and one it’s worth taking time to consider properly. Many applicants have had…

blog What happens after my Oxbridge interview?

For the last few months – if not longer – you’ve had Oxbridge on your mind. You’ve been reading up on your subject, crafting your personal statement, picking your college, gearing yourself up to answer tricky interview questions, frantically scanning the broadsheets for ‘current affairs’ and, hopefully, finding some useful…