Final Preparation for your Science Interviews 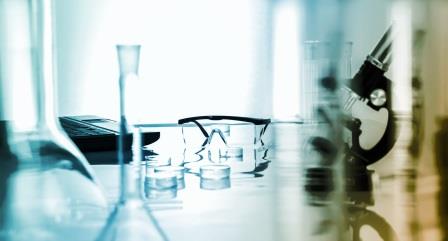 Welcome to December! For those of your with Oxbridge interviews coming up, I wish you the very best of luck! I have a few general tips to offer for the coming weeks; first, review your notes from the past term at school as well the AS level material that you may have forgotten since earlier this year! Secondly, get some sleep and exercise – going into your interviews exhausted will not enhance your performance. Finally, read the news and be up to date with the most recent science developments. You do not want your interviewer to ask “Did you read about that new discovery last week?” and you have no idea what he or she is talking about!

For today’s blog, I thought I’d discuss a common interview question. In an Oxbridge science interview, you may well be asked a question along the following lines:

“Imagine I am a research funding organization and I am awarding grants to various different proposals. Why would I award funding to someone studying the mating habits of the Bolivian hairy shrew instead of someone studying a new cancer drug delivery mechanism?”

This odd question is meant to throw you off, as you likely no nothing about the Bolivian hairy shrew! At its core, the question is asking why we should pursue research that doesn’t appear to have any immediately tangible benefits. Surely the money is better spent on projects that will produce new technologies and economic rewards? If ever faced with a question of this variety, I recommend two distinct answers:

The pursuit of knowledge is a worthy goal in itself.

This I feel is a very appropriate response, especially at somewhere like Oxford or Cambridge where many of the researchers will be working on seemingly obscure areas of science! Oxbridge dons are looking for young scientists who are thrilled by the aspect of discovery itself, not just the physical or economic rewards that may result from it, so don’t be shy to say this.

It is impossible to predict what technologies will arise from research.

To illustrate this point, I like to use my favourite example, which concerns the research of the scientist Thomas D. Brock. In the late 1960’s, Brock was studying bacteria that lived on the edges of hot springs found in Yellowstone National Park, work that was certainly considered niche and sideline at a time when most his colleagues were focusing on the development of new antibiotics. In these hot springs Brock discovered Thermus aquaticus, a hyperthermophilic bacteria capable of living at temperatures (70 Celsius) that would kill most other living organisms. What was of most interest about this discovery was the fact that the enzymes inside the bacteria continued to work at temperatures that would have caused all other known enzymes to have denatured and stopped functioning. Industrial processes have long wished for enzymes that could operate at higher temperatures as reaction kinetics speed up at higher temperatures. However, the most important consequence of Brock’s discovery was the development of PCR (polymerase chain reaction) using an enzyme from Thermus aquaticus called TAQ polymerase.

PCR was such a major discovery as the technique allowed for the amplification of a single (or a few copies) piece of DNA by several orders of magnitude, generating thousands to millions of copies of a particular DNA sequence. The inventor of PCR, Kary Mullis, would go on to win a Nobel Prize for PCR and the technique has become a staple tool in every biology lab in the world. It is also used in forensic science (CSI anyone?) as well playing a major role in some major scandals. Last year, PCR-testing of food samples detected the presence of horsemeat in what should have been beef burgers in a scandal that erupted across Europe. A final interesting question to mull over before the next blog… how might the secondary and tertiary structure of Thermus aquaticus’s enzymes differ from your own enzymes?

What does the future of tech hold for human health?