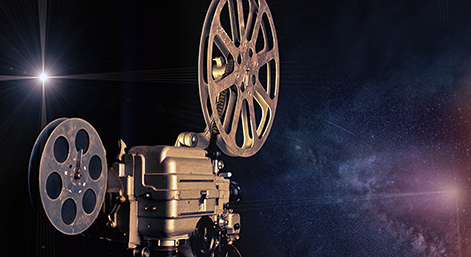 I recently watched two films which, apart from being scripted in English, could not have been more different.  The first (and I’m aware that I’m late to the party here) was The Hunger Games – no, not Catching Fire.  I’m talking about the first instalment, starring Jennifer Lawrence and several other teenagers with remarkable skills in the use of archaic weaponry, and costing $78 million to make, which is roughly £47.5 million.  The other (and I’m late to this party too, although this one is more niche) was Sea Wall: a film starring Andrew Scott, which was shot in one take, using one camera. There are no lights, no effects, no costumes.  It had a budget of $0, which is roughly £0.  Comparing the two raises an obvious, but also complex question: how does the relationship between money and art work?

In order to answer that, it is perhaps necessary to firstly examine that notoriously tricky interview question: What Makes Art Good?  As I mentioned in my previous blog, there are some who argue that art is neither intrinsically good nor bad because such opinions are shaped by the dominant classes – but let’s assume for now that we can find a definition. Good Art must, of course, touch on and discuss important universal themes: love, jealousy, hope, loss, faith etc. being obvious examples.  But there’s more to it than that.  Good Art should also surely be precise in nature – not didactic necessarily, but certainly tightly drawn with careful, organised thought. It should, to steal a phrase from a schoolteacher, leave you with the feeling that your mind has been put through an electric pencil-sharpener.  A brilliant artist enables you, briefly, to see the world as if it has been drawn by a sharper pencil than your own. 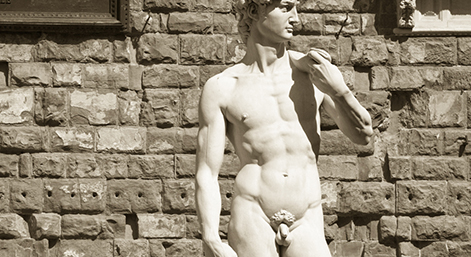 How, then, does this relate to money, The Hunger Games and Sea Wall?  The short answer is ‘artistic freedom’, but by comparing the two films we can see that ‘artistic freedom’ works in mysterious ways.  Sea Wall (you can download or rent it online) is a story of one man’s experience of personal tragedy – losing a loved one – told by that one man, directly to camera as if he was talking straight to the viewer.  The simplicity of that set-up is what gives the film its extraordinary power.  We, the viewers, are shown nothing other than the story-teller – but we are asked to create the scenes, each vividly described in intense detail, in our own imaginations.  Referring back to my (necessarily concise) definition of Good Art, we could say that we are guided in our imaginative experience by writer Simon Stephens’ skill in what he chooses to give us: small recognisable moments of common human action and interaction, which are lent weight by the extraordinary circumstances in which they occur.  Stephens’ precision in his descriptions – each sharply observed – enable us to recognise those feelings, and experience them as our own.  The script’s power also comes from what he chooses to leave out – we never learn some crucial details, but are left to fill in the gaps. Precision in art can be as much about what you don’t write, paint or compose, as it can be about what you do.  Perhaps we could argue, then, that the constraints of Sea Wall‘s £0 budget actually give it enormous artistic freedom: by not having anything, the film is forced to harness the power of the audience’s mind, and can therefore have anything that it likes. 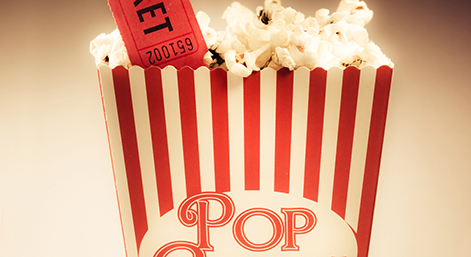 $78 million The Hunger Games has no such constraints, but nonetheless it could be argued that the artistic freedom of its writers and directors is limited in an entirely different way: the box office.  Nothing is more likely to stifle creativity than target audiences, opening weekend records and ticking boxes.  On the surface, The Hunger Games is a story with some pretty big – in fact, practically Orwellian – themes: a society controlled by an all-powerful dictator, whose subjects are divided and ranked into groups, and who are prevented from uprising by an all-seeing, armed police force.  This is important stuff.  But it doesn’t really tick the right boxes for its target audience, which may well impact heavily on opening weekend box office receipts.  So what we get instead is a love story, intermingled with lots of bits where teenagers use their unlikely skills in archaic weaponry (and face-paint) to try and kill each other until everyone is dead, except the ones that we like (who, conveniently, are also the ones who love each other).  Joking aside, however, can we say that The Hunger Games passes our Good Art test? Personally, I think not: rather than organised thought, what we get is sprawling inclusion of themes and ideas that are introduced and then quickly discarded, interactions that are imprecisely observed, and a final product that doesn’t really illuminate our understanding of the world.  But a final product that makes $691,247,768 at the box office.  This is business masquerading as art, not art for art’s sake.  With $78 million, the directors and writers of The Hunger Games could have whatever they wanted – except the artistic freedom that Simon Stephens and Andrew Scott enjoyed for nothing.

In many ways, of course, a direct comparison between Sea Wall and The Hunger Games is ridiculous – the films are so vastly different in intention, budget, target audience and artistic aims that such a comparison is absurd.  But comparing two such extremes, does throw up some interesting questions about how money, art and artists relate – and these questions throw up questions of their own: should an artist consider his/her audience? Does the best art always come from a position of financial insecurity?

March: Choosing your course for Arts, Humanities and Languages

The Importance of Tragedy

Depending on your course, college, interviewer(s), and university, your interview experience will differ. Some of your interview days will require you to simply turn up for your interview slot (either in person or online) whereas others can involve some tours of the campus, Halls of residence and University faculties and…