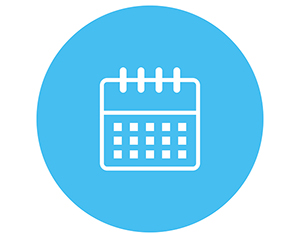 1- The psychology behind Brexit.

2- Experiments hint that the nature of neutrino particles may explain why antimatter didn’t blow up the universe:

4 – House of Commons inquiry into prostitution results in recommendation to legalise brothels.

5 – Marking the 100th anniversary of the Somme.

1- New cancer imaging could show if treatment is effective within days.

3- Australian Craig Wright claims to be creator of Bitcoin.

4 – Apple lose trademark suit to exclusively own the name ‘iPhone’ in China.

5 – Astronaut Tim Peake posts picture of Earth from space alongside the 700 year old Hereford map, which depicts a medieval understanding of how Earth looked.

6 – Photographer Bill Henson brings Ancient Greece to life with a series of photos of ancient artefacts from the Hellenic Museum.

1- Possible cure for HIV within 3 years after scientists prove they can snip the virus from cells.

2- New mathematical proof demonstrates how to stack spheres in 8 and 24 dimensions.

3- Obama becomes the first US president in nearly a century to visit Cuba, in an attempt to thaw relations between the two countries.

4 – Radovan Karadzic found guilty of crimes against humanity, genocide and war crimes, with the help of DNA evidence.

5 – Discovery of 1,000 year old Viking Site in Canada could rewrite the history of North American exploration before Columbus.

8 – New book reveals the journey across the world to discover the meaning of the fascinating ‘three hares’ image.

1- Scientists say the commonly believed idea that the left half and right half of the brain have opposing skills and capabilities is a myth.

2- Russian scientists have used a supercomputer to discover the best way to destroy asteroids using a nuclear bomb.

3- Cameron calls for referendum on whether Britain should stay in the EU, after the cabinet formally agreed to campaign to stay.

6 – 3D rendering shows what Ancient Rome would have looked like in 320 AD .

7 – It might be possible to inculcate moral values into robots by exposing them to our greatest literature.

8 – NASA is looking for art submissions to display on board spacecraft OSIRIS-Rex, set to launch in September.

1- The Zika virus outbreak across large parts of South American and the Caribbean is making headlines this month.

2- A possible ‘super-Earth’ Planet Nine has been discovered on the outer edges of the solar system.

3- The 2016 Word Index of Economic Freedom was released, revealing how restricted countries in the EU are by certain measures.

5 – Dispute over a statue of British Imperialist Cecil Rhodes has broken out in Oxford, but Oriel College have thus far refused to take down the monument.

7 – A new exhibition examines why so many of our fictional heroes are orphans, and yet we are blind to their real-life counterparts.

8 – Medieval Scottish Architecture was voted the most innovative in Scottish history.