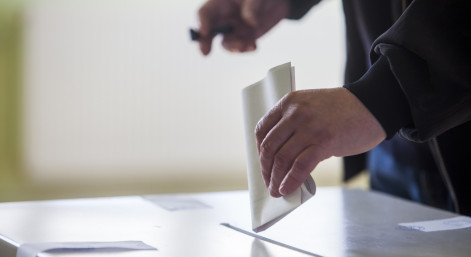 May 7th 2015 was the General Election that many called “the most important in a Generation”. This election led to a surprising result of a Majority Conservative Government that pollsters and betting firms did not see coming and has led to lots of questions about our current voting system. There have always been campaigns to change the system but given the current system resulted in 1 seat for UKIP with 3.8 million votes, 8 Lib Dem seats for 2.4 million votes, 56 SNP seats for 1.5 million votes, and only 1 seat for the Green party with almost 1.2 million votes, calls for electoral reform from those mainly on the left have been reignited. Despite the fact that in 2011, there was a UK wide referendum where 68% of voters voted overwhelmingly against changing the system to the Alternative Vote, some people have called for different systems to be reconsidered.

It is likely that this discussion will not die down so here are some details on different voting systems along with their pros and cons:

Under First Past The Post (FPTP) (our current system), voters choose their favoured candidate and the candidate with the most votes in the constituency wins. All other votes count for nothing. This is simple and has been used for eons in the UK but it is argued that votes only count in swing seats and so constituents in safe seats do not have a real say.

Under the Alternative Vote system which was rejected in the 2011 referendum, voters rank one or more of the candidates in order of preference. If no one candidate has more than 50% of the votes cast, then the bottom candidate will be eliminated and votes for that candidate are transferred to each voter’s next available preference. The process continues repeatedly until one candidate reaches a majority and wins. This does allow voters to have a say even if their preferred candidate does not win but can result in a winner who no one really wanted.

The Mayor of London and other UK mayors are elected through a version of the Alternative vote system known as the supplementary vote. Voters choose their first and second preferences and a candidate can only be elected in the first round if they get 50% of the vote. If no-one achieves this, all but the top two candidates are eliminated and their second preferences redistributed to the top two candidates.

AV+ is the Alternative Vote as outlined above, but voters also get a second vote at a regional level either for a party or for their favourite candidate from a list proposed by the parties. This would mean having a group of constituency MPs and a group of “party list” MPs. This is a more complex system and would lead to a two tier MP system but would enable people to vote for both their preferred candidate and party. It is not used anywhere in the UK at the moment.

Proportional representation aims for the distribution of seats to correspond with the proportion of the total votes cast for each party. This system is designed for large, regional multi-member constituencies. According to one study, rural constituencies would become much larger, while some cities could see constituencies with electorates of 350,000 people. Parties would be able to field more than one candidate in each constituency – meaning a voter could vote for both the candidate and the party they prefer. This would be very complex to implement and would require lots of changes to the electoral boundaries but would mean that each vote carries the same weight, regardless of the area.

Voters in the recent European elections used a party list system which used a form of proportional representation. The UK was divided into large constituencies and different parties put together lists of candidates for election, with their preferred choices at the top. Seats were allocated, on a top-down basis, in proportion to parties’ share of the vote.

None of the systems are perfect and may require work to be done to the boundaries and electoral setup in order to implement them. With the emergence of smaller parties in recent years who would benefit from a move away from the FPTP system, it is unlikely calls for reform will die anytime soon although as the 2011 referendum showed us, finding a replacement may not be as easy as it sounds and finding a system all parties would agree on in a vote will be particularly difficult.

How To Tackle The TSA