What Are The Differences Between Combination Courses at Oxford or Cambridge?

Can you pick just one subject? For some people, choosing a single course to study at university is easy; many people couldn’t imagine studying anything else. Other students would rather explore more than one interest, and find it natural to approach their studies from multiple perspectives. If this sounds like you, you’ll be pleased to know that both Oxford and Cambridge have systems in place to allow students to study more than one subject. Indeed, certain subjects can only be studied in conjunction with another. Combination courses look quite different at Oxford compared to Cambridge; in this blog post, we’ll take you through how it all works. 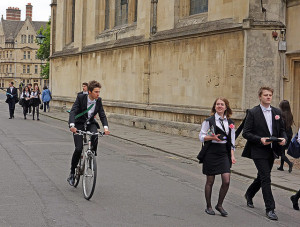 Oxford has a much more obvious way of studying more than one subject—by doing a joint honours degree. Certain subjects can be studied in several different combinations; for example, History can be combined with English, Economics, Modern Languages, or Politics, whilst Philosophy can be studied alongside Modern Languages, Politics and Economics (PPE), Theology, Psychology, Psychology and Linguistics (PPL), Physics, Maths, or Computer Sciences. Notably, at Oxford you cannot study Philosophy on its own. Many languages can also be studied in conjunction with another.

How does the application work?

When you apply to a joint honours course your application will be assessed and you will be interviewed by tutors in both/all the subjects in your course. This may take the form of separate interviews or of multiple tutors from different subjects within one interview, depending on the course and the specific college. Your personal statement and overall application must demonstrate aptitude for and interest in all subjects within the course, even if you favour one in particular.

Is a joint honours degree harder?

By and large the workload will be greater than a single honours degree, but it will not be double the workload. Tutors will be aware that you are not able to do quite as much work for that subject as single honours students. Initially your time and workload should be split fairly evenly between the subjects; the more you progress through your degree, however, the greater flexibility you will be given in terms of focusing on certain areas more than others. 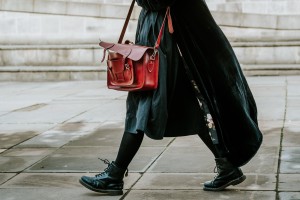 Cambridge, on the other hand, has fewer options in terms of combination degrees. One exception is the faculty of Modern and Medieval Languages, within which you can study two out of French, German, Italian, Portuguese, Russian, and Spanish, or alternatively combine any one of these with Classical Latin or Classical Greek. There is also the possibility to combine these languages with Arabic, Hebrew, or Persian by applying for Asian and Middle Eastern Studies.

Flexibility within a course

In addition, some Cambridge degrees offer the opportunity to take papers in a subject other than your own if they are relevant to your degree; for example, English students can take a paper in the literature of another language. Many scientists who at Oxford might have applied for Physics or Chemistry individually will at Cambridge find themselves taking the Natural Sciences Tripos, which covers a broad range of sciences and which requires students to study multiple disciplines at least in first year.

In theory the Cambridge Tripos system, which divides degrees into two parts, should allow students to switch course after Part 1 with the consent of their college if they are unhappy with their original choice. However, this decision is dependent on the specific student’s situation, how well they are doing academically, and on the opinion of their tutors and college. You should never apply to Cambridge with the intention of later switching course for whatever reason.

If you’re interested in combination courses, don’t be put off Cambridge — Cambridge courses often offer a greater degree of flexibility than Oxford courses, so be sure to check the course page to see what options are available to you within a particular course.