You will have heard the phrase “common law” before, especially when politicians or lawyers journalists are railing against the influence of the EU and the ECHR. But what do they mean by this phrase? This week’s blog will look atthe role of common law and judges.

What is Common Law? 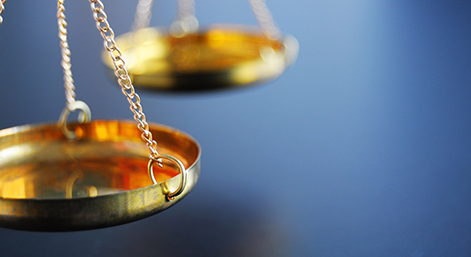 The common law is the name given to a corpus of legal decisions made by judges in court. These cases then become “precedents” by which other judges are then bound when deciding similar cases. Judges in higher courts (e.g. the Court of Appeal or the Supreme Court, in England & Wales) can overrule the decisions of courts below them (e.g. the High Court or the Crown Court), and as such the value of precedents from the higher courts are of more value than the lower courts: higher courts’ decisions are binding precedents, which lower courts must follow, but lower courts’ decisions are merely persuasive. The common law is distinct from statutory law (i.e. laws made by a parliament).

The term “common” derives from its history. In early medieval times in England, legal jurisdiction was split between the King, his nobles and various other institutions and persons. Laws and their application were not uniform around the kingdom. As post-Norman kings sought to cement their control over England, the King’s court’s procedures and laws became established as the common law of the land.

The common law is English in its origin but with the establishment British Empire, was spread across the world and is now the basis of law in dozens of countries, including the USA, Canada, Australia and many Commonwealth countries. Each of the courts of these countries values other countries’ decisions as persuasive precedents.

What is Civil Law

But what about the countries which do not use the common law? The common law is often contrasted with what is known as “civil law”, which was developed in continental Europe and owes much to the law of the Roman Empire. There are many differences between the two systems; these differences are partly historical and partly due to the different role of the judge in each system. The key difference in which we are interested is that of judicial precedent: civil law jurisdictions place much less value on existing judicial decisions and their reasoning. Indeed, in some jurisdictions, judgments are little more than a few lines long.

By contrast, common law decisions are meticulously reasoned at all levels of the judiciary. Take the famous case of Donoghue v Stevenson [1932] UKHL 100 which created the modern law of negligence. Here, the Judicial Committee of the House of Lords (the precursor to the UK’s Supreme Court) decided to develop tort law, by creating principles by which one person would owe another a duty of care. This is a brilliant example of judges advancing the common law. But even when the case before the court has no legal merits whatsoever, judges take their time to explain why this is so.

“We cannot alter the law, we are bound by our oaths to proceed according to the law as it is at present”

Of course, judges would deny that they “change” the law; rather, they develop it. The common law moves at an incremental pace, and when alterations do occur judges are keen to show that such alterations reflect adapting precedent to new facts. Law making is, in theory, the prerogative of Parliament; when Parliament decides that it is unhappy with the common law, it can override it by passing a statute. A good survey of this principle in operation is the case of R v R [1992] 1 AC 599. There, a man who had raped his wife relied on a common law defence that a man cannot rape his wife, as there was a sort of presumed consent. Clearly such a view is highly offensive and morally indefensible today, as it was in the 1980s and 1990s. However, there was apparently clear precedent for it in the common law. Could judges find a way around this, or would it be down to Parliament to legislate for its removal?

The court reasoned away the existence of the defence: whereas in the 18th century, such a position reflected society’s view of the relationship between man and wife, society’s view had changed. The common law is flexible and adapts itself to changing social attitudes; social attitudes no longer condone rape, so the common law could not be used defend it. As Lord Lane noted, “This is not the creation of a new offence [i.e. that of a husband raping his wife], it is the removal of a common law fiction which has become anachronistic and offensive and we consider that it is our duty having reached that conclusion to act upon it.”

A new role for judges?

In contrast, the USA, that other great common law jurisdiction, has no such qualms about judicial law-making. The US case of Marbury v Madison 5 U.S. 137 (1803) established the US Supreme Court’s right to strike down legislation which was unconstitutional. In the UK, judges have traditionally had no such power. However, arguably that may be changing. The Human Rights Act 1998 allows judges to issues declarations that pieces of legislation are incompatible with the Human Rights Act and the Court of Justice of the European Union claims to have sovereignty over national parliaments in respect of certain rights transferred to it. What do such changes do to the common law? Just strengthened judicial power enhance the common law, or does the interference of foreign judges and jurisprudence undermine it?

How To Analyse A Law Case