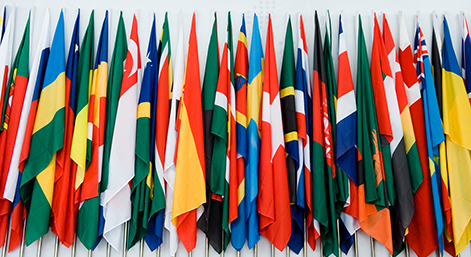 The School of Ideas’ PPE workshop, which I attended by invitation from the Oxbridge Applications team, has greatly aided me in my application to Oxford; the workshop allowed me to explore in-depth the disciplines of philosophy, politics and economics with a critical viewpoint which was stimulated by the tutor. The format of the workshop was intensive, with only 3 students and the tutor, developing ideas for 6 hours. This allowed close contact, and the opportunity to have my opinions criticized (in the style of the devil’s advocate), thus developing my skills of debating, sticking by my argument and coping under pressure – all of which will be vital for the Oxford interview.

What I found particularly interesting and informative was being given the interview questions which the tutor was given in his philosophy interview for PPE. The questions were abstract and – as expected – very difficult. I can now appreciate the necessity of thinking about the question before answering in an interview, and not just speaking to fill the silence.

As well as the new theories and facts that I have learnt from the day, what I took away from the experience was being aware of the knowledge that I will need to develop before the interview; the fellow students in the workshop were better aware of international relations and specific country knowledge than me. This allowed them to develop their arguments with firm evidence of theories that have been confirmed/rejected in different countries. I hope to improve my global knowledge by recently subscribing to The Economist. From the workshop, I have learnt to analyse the articles that I read in The Economist with a critical viewpoint, ideally relating the article to a political/philosophical theory.

Another element of the course which I found helpful was listening to the different ideas that the students had, and how they contrasted my ideas and each other’s. For me, this increases my appeal to PPE, for it is a subject with which one can have a varying opinion, yet it is still valid provided it can be supported with evidence.

To conclude, the workshop gave me invaluable advice to help with my application – not only the tailored and specific advice from the tutor, but the applications team gave each student a PPE Report, including suggested reading and other pupils’ experiences, and the book “So you want to go to Oxford? Tell me about a banana…”. Despite the workshop being £240 for students who are not on the Oxbridge Access Scheme, I would definitely recommend the course for someone who is seriously considering applying to Oxbridge.”

Ellie was an applicant that attended our day at the School of Ideas for PPE. Ellie wrote this to document her experience for future reference.

We asked Ellie if we could also share it for other applicants and she was happy for us to use it.

5 books you should read, whatever your subject